Nagano City is located in the middle of the Japanese Alps, two hours by train / four hours by bus from Tokyo. It's a relatively small city by Japanese standards, about 380,000 people, and is famous for the 1998 Winter Olympics. I remember nothing of that, of course, because in 1998 I was at university and spent most of my time drinking and watching crap horror movies. Oh well. 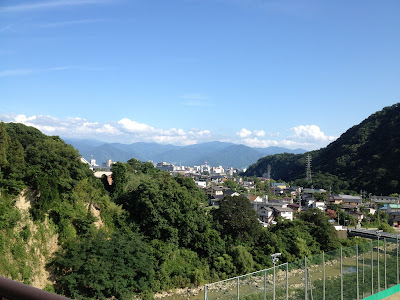 I live right on the edge of the city, not far from the river you can see in the above picture. I work at a high school called Nagano Shogyo, which means Commerical High School. My students are pretty good but they generally don't like English and don't speak it very well. They're quite good at sports, though, and you can see the edge of my school's baseball ground in the foreground. 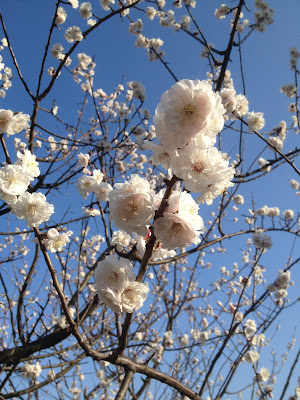 Of course, it's currently spring time, and Nagano, like everywhere else in Japan, is famous for cherry blossom viewing, what is called "hana-mi", literally "flower-viewing".

The cherry, or "sakura" flower is the most popular, and is a light pink colour. 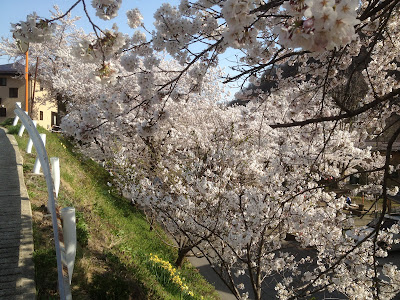 Here's some at the end of my street.

Generally, what people do is sit underneath them and get drunk, which is all well and good but in early April it can be freezing cold in the evenings. Still, it's a national pasttime, so it has to be done! 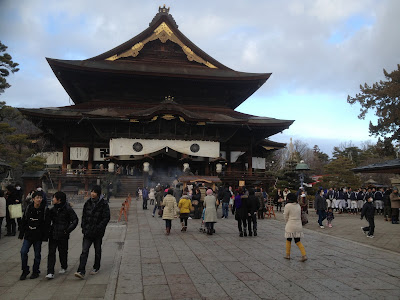 This is Zenkoji, the Buddhist temple near my house and Nagano's number one tourist attraction. 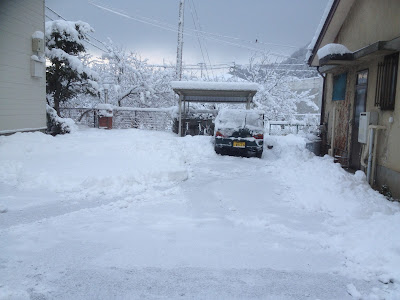 This is my old car, in the snow last winter. We get some pretty huge dumps and this was one of the biggest, probably about 30cm overnight. On the right is my house. That's about all you need to see of it. It's pretty small and is owned by my school. Still, it does the job. 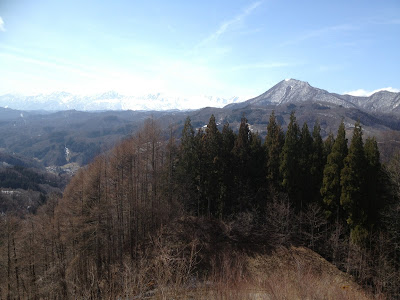 Not far from my house we have views like this. That line of mountains in the distance is the northern part of the Japanese Alps. Lots of great skiing and hiking. 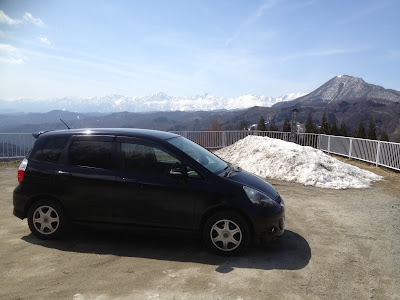 This is my new car, a 2004 Honda Fit, which I just bought a month ago. It was dead cheap because it has high mileage, but it's been really well looked after and compared to my old car it's a Rolls Royce. In the background you can see the Alps again. 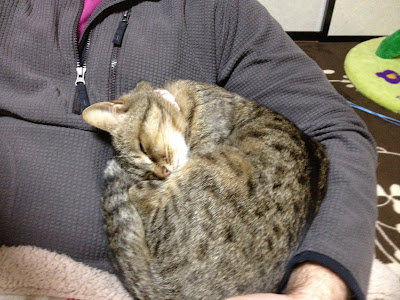 And this of course is my cat, Miffy, the reason I'm not as productive as I'd like and why I get up at 4 a.m. every day. She turned four this month.

As well as an English teacher I write books in my free time, and have been doing so since I was eight or nine years old. Yes, that's them you can see in the side bar, and if you've come here from my writing blog then welcome. This blog isn't to sell my books but of course I won't mind if you buy fifty copies or so for every single person you know. They're actually quite good.

Anyway, that's all for now. Be sure to stop in again soon.