Today, despite being Saturday, I went down to Iida in south Nagano to help out at Fuetsu High School's English Day. There were six foreign teachers in total and we had to do a variety of activities with a total of around 40 students. 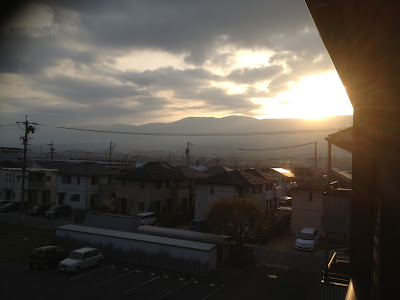 Due to Iida being in the butt end of nowhere, I stayed over at a mate's house the night before and we made our way down together. Still, it required a 5am start. We were on the road at 5.50am, and while the sunrise was nice and all, I'd have much rather been asleep! 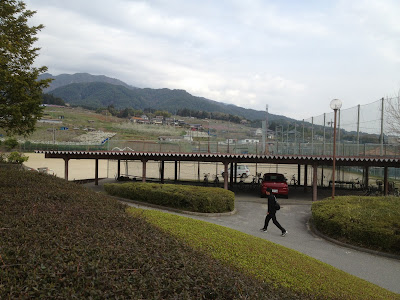 Fuetsu High School is set in a really pretty location halfway up a hill from the main part of Iida town. 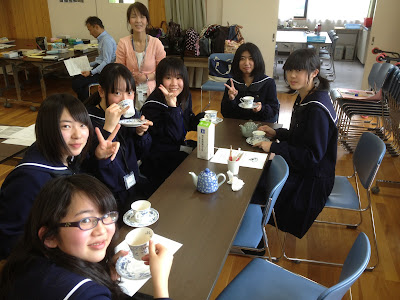 For my special "world culture" activity, I taught the students how to make English tea. There were six groups of students, and because the first couple went pretty heavy on the milk I had to water it down to make it last. The last couple of groups had some pretty strong tea! 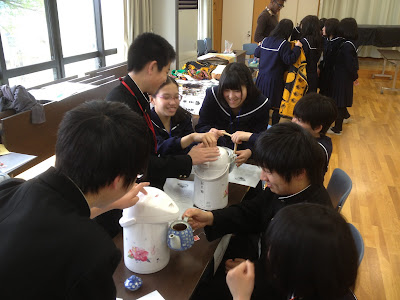 They seemed to enjoy it well enough, though. 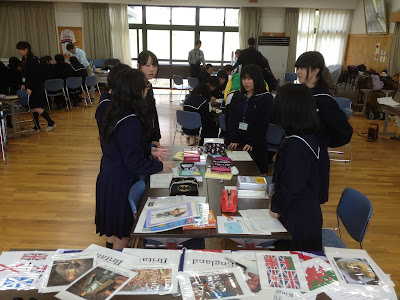 After lunch my base group had to listen to me "lecture" them for ten minutes and then make a presentation based on my talk. I told them all about the history of the words "Britain", "England", "Great Britain" and "the UK", and then about hte origins of the British flag. Surprisingly none of them fell asleep. 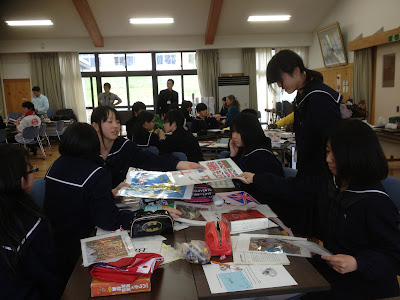 Here they are discussing what to talk about. 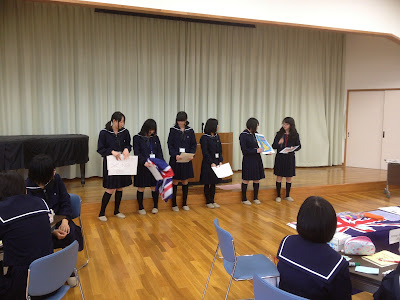 And here's my group doing their presentation. They did it completely ad-lib without writing a script like all the other groups did, and while it was interesting, and one point there was a two-minute period of giggling and whispering. Slightly un-pro but they did a good job anyway!

Overall, lots of fun was had by all and the kids really enjoyed it. I caught the direct bus back to Nagano (three long hours) and found it rather surprising that it was still snowing up in the highland areas. It's late April!