Sunday 21st this year was Nagano Marathon, and for the sixth time in eight years I slept through it (of the other times, once I was helping out with some charity stuff while in 2010 I actually ran it!) but when I woke up and looked outside to see the snow(!) I kind of felt sorry for the poor people slogging round Nagano's streets for five hours. It's very, very rare to have snow this late into spring. Once in twenty years, a co-worker said. 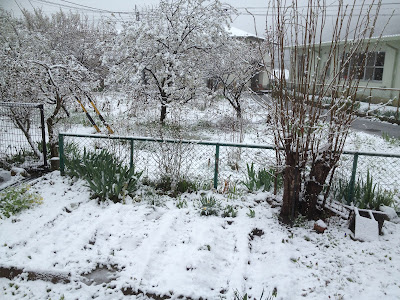 It did a great job of crushing my daffodils too, although it had melted off by the afternoon. 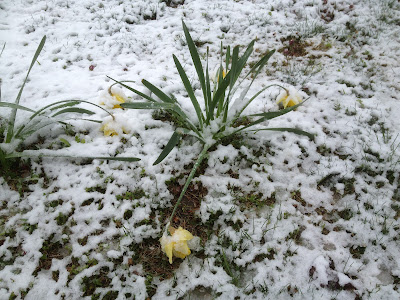 Still, you know it's spring in Japan when the bugs start to appear in the hardware stores! Won't be purchasing one again this year ... the cat would probably just eat it! Found out one of my co-workers actually breeds the things, which is interesting. Apparently if they top 8cm they're worth a fortune. His best he told me was about 7.4cm. Don't give up ... 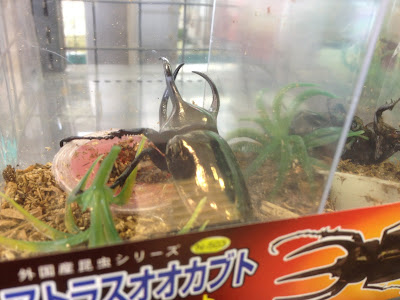