For the fourth time in three years, my school won one of the Nagano-ken Commericial High School English Speech Contest trophies.

Two years ago we won the Speech division, while last year we won both Speech and Recital. This year my student Sayuri retained the Recital trophy that she won last year. My other students finished 6th and 10th in the Recital, while in the Speech we were unlucky to finish 4th.

I'm a bit of a speech contest coaching demon, with four 1sts and two 2nds over the last five years, but at the end of they day I can only coach if I have good students to coach, and as always they busted ass to do well. I'm very proud of all of them. 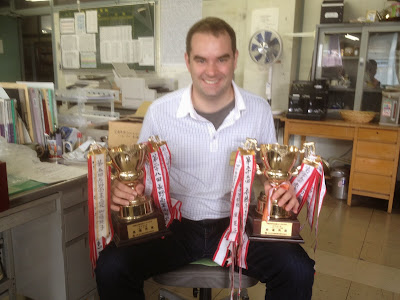 Here's me holding the two trophies we won last year, after cleaning them up ready to take them back. 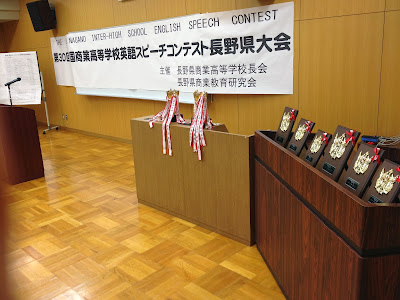 In an ideal world, I would like to win 1st, 2nd, 3rd in both Speech and Recital divisions, but it wasn't to be. Maybe next year ... 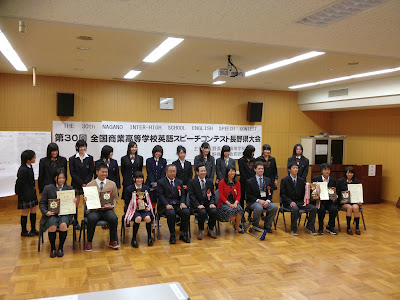 Here's the winners and the judges and all that. My students are front third from left, and back fourth, fifth and sixth from left.