So, for those of you who don't know, the wife and me recently picked up a pretty old house which we're in the process of doing up. It needs a lot of work done on it, but today I took a break from the insides to get to something I've been meaning to do for ages, repairing the roof of the shed.

Basically, when we moved in, the shed only had half a roof, was full of sodden junk inside and had these pieces of corrugated iron lying around which I assumed had at some point fallen off the roof.

Not being one for heights, it was quite a sketchy experience having to climb up on to the roof of the house in order to reach across and nail the things back down. Needless to say, I survived, and hopefully if the rain stays out I can put my snowboards and cricket stuff in there. The shed, funnily enough, is about the same size as my first apartment in Nagano. 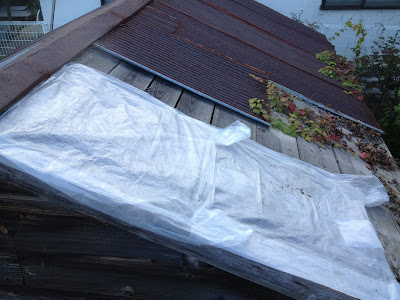 One piece of the corrugated iron was particularly rusted through, so I used a few plastic bags to improvise a waterproofing layer. Not sure if it'll work, but we'll see ... 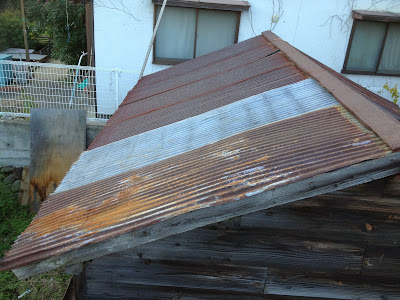 The bit I had to do was the nearer two pieces. I actually turned them over because they were all bent and warped and it was easier to push them under the bit in the middle. 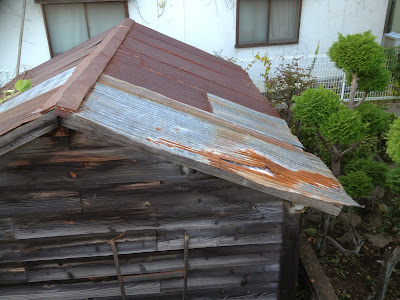 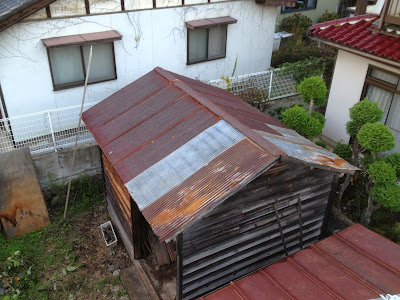 Looking down on the shed and its repair job from the roof. 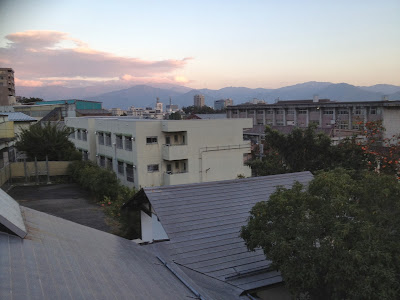 And a few pictures of the view from the roof of my house. The building on the right is Nagano Commercial High School, where I currently work. Nice and close! In the background is Suga Daira, a mountainous highland area which is good for hiking and skiing. 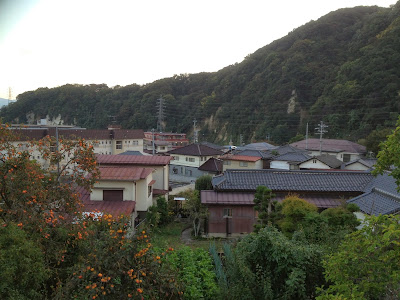 The tree with the orange fruit is a persimmon tree. Not a big fan myself. The kind of red coloured building in the middle is a nice onsen (hot spring). 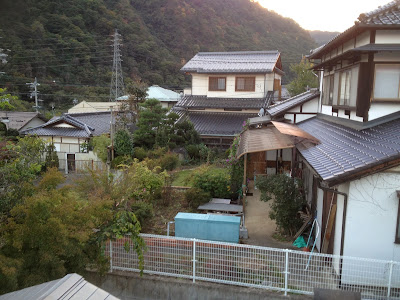 My neighbour's garden. They have a really nice carp pond, but I can only see it from the roof!