Next to my modest little house there used to be an overgrown wasteground area that my cat loved to hunt in. A few months back it was sold off and now it's being turned into a construction site. I'm rather sad about this but it has been fascination to watch it all change from trees, flowers and weeds into concrete and mud.

Here are a few pictures of the change so far. 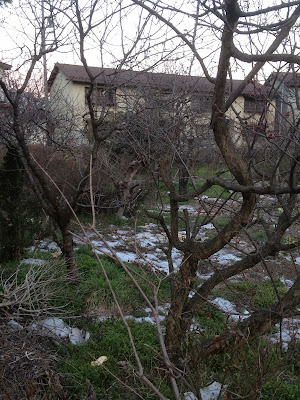 In this first picture you can see how it was before, looking from my house. All the houses in the background have now been torn down. 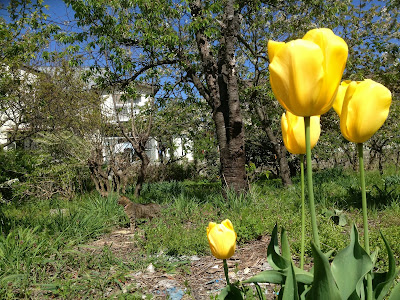 And a sprint picture from a similar angle. That white house is to the left of the line of four in the first picture. All this (except the white house) is now soil and concrete. 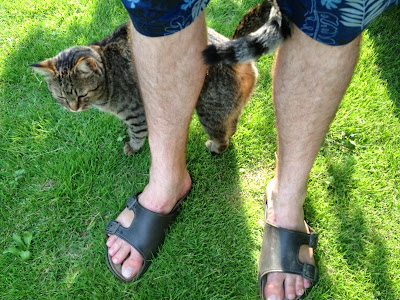 My cat, Miffy, might not appear too disgruntled, but I can assure you she is. 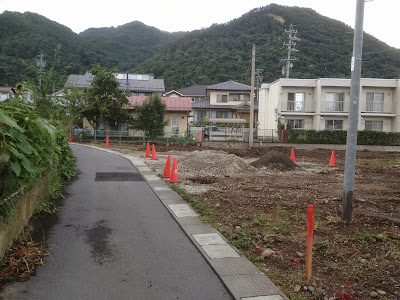 The trees and vegetation has all been scrapped away and now they're preparing the land to put in big lumps of concrete. That little house with the red roof is where I live. Neither writing nor teaching are making me, the wife and the cat rich, but I enjoy both. It belongs to my school. 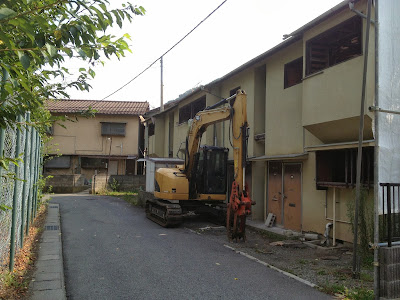 The digger shows up. 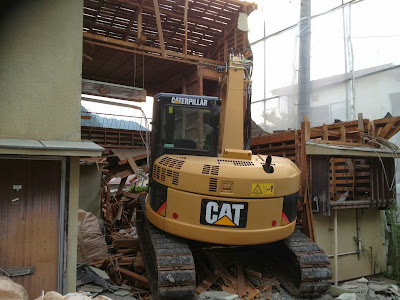 And the destruction begins. All these houses are coming down so they can build an access road. No idea where all the tenants went. 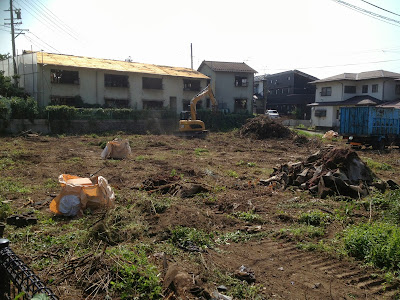 That line of four houses is now gone. The fifth, detached, one on the right is still there, although the tenants are gone and its been gutted. I assume at some point they'll pull it down too. 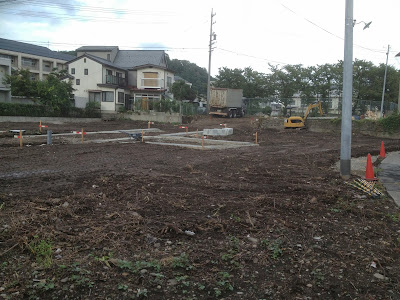 And the current state of play. The houses are gone and they're putting in drainage ditches or whatever they're called.

They're making a ton of noise outside as I write this. I'll post some more pictures in a few days.