My father-in-law is an amateur rice farmer, and every year I help him out with various parts of the process. Today we were putting the rice seeds into trays, which in a few weeks will be planted in the rice fields themselves once they've grown into little seedlings. 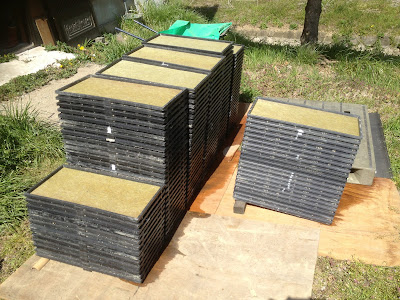 Here are the trays all stacked up outside. At the moment they have a bottom layer of a kind of sponge, which is then soaked. We made 200, which is about another for six or seven rice fields. 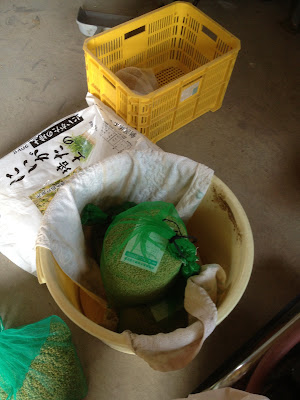 In these bags are rice seeds. We planted three different types. One is regular rice, used for, um, eating. Then there is another kind which is used to make "mochi", a Japanese mashed rice cake, and then there's a third kind which we used to make Japanese "sake", or rice wine. 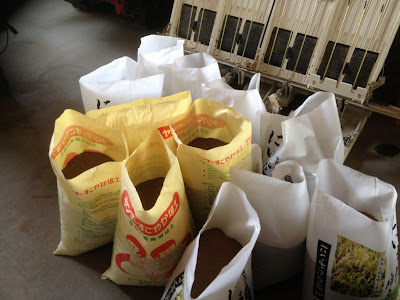 These are bags of soil grains which will go on top of the rice. 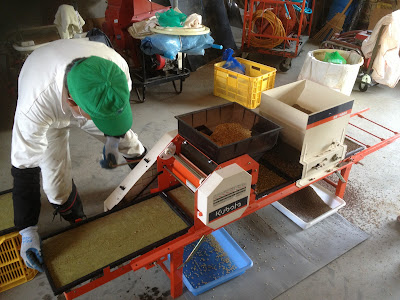 We use this machine to add the seeds and the soil. It's pretty simple really. The seed trays are loaded on to one end, then you turn a handle and they move along a kind of conveyer beneath first the seeds and then the soil. When they come out the other end we stack them up by type. 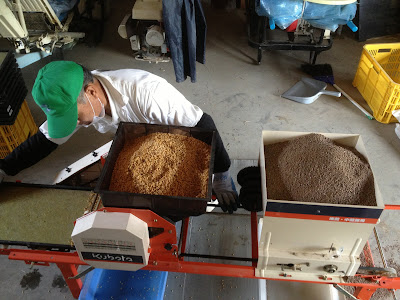 It's pretty hard work because the machine is worked by hand, by turning a handle at the back. The hardest part is all the bending to pick up the trays. After a couple of hours of bending and lifting it starts to hurt! 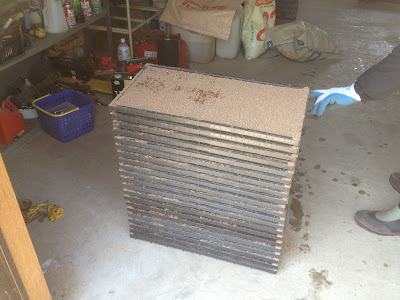 Here's some completed trays. A day or two after they will be taken to the rice fields and left to grow for a couple of weeks. When the seedlings reach about 10cm it's planting time!

Look out for part two in a couple of weeks!